Robotic Process Automation (also known as RPA) refers to the use of software robots (or virtual assistants or digital workers) which are programmed to complete repetitive and labor-intensive tasks which may include sending emails, opening applications, and copying and pasting information from one banking system to another.

With the help of RPA, human employees can focus on more complex banking operations work, human interaction, and decision-making. Established banking institutions have historically relied on multiple legacy core systems and the operational benefits were typically oversold at the time of acquisition which resulted in large amounts of manual work between multiple core banking systems to reconcile and transcribe data to process transactions or merge different legacy systems into a coherent workflow.

RPA in banking use cases applies to a wide range of processes, including retail branch processes, commercial lending, consumer lending, loan processing, underwriting and anti-money-laundering, just to name a few.

A few examples of RPA being used at other banks are as follows: 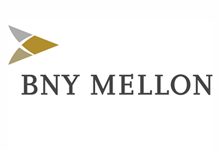 BNY Mellon as of 2017, reportedly had 250 bots in production to streamline the firm’s trade-settlement procedures. Tasks include clearing trades, conducting order research, and resolving discrepancies. For example, a procedure to reconcile a failed trade was performed in a quarter of a second instead of a manual time of 5-10 minutes. Other RPA benefits included an 88-percent improvement in transaction-processing times and account-closure validations—across five different systems—with an impeccable accuracy rate of 100 percent

According to BB&T’s 2017 report, the bank listed “robotics” among eight initiatives to improve its profitability 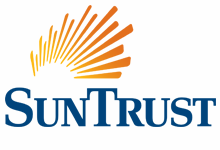 Danske Bank (Europe) has automated customer account onboarding process. Another example is integration of RPA in the process of closing accounts for customers selling a home 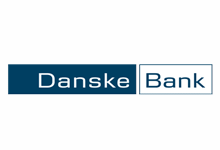 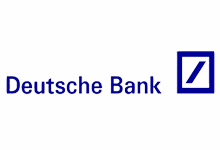 Deutsche Bank has launched robo-advisers in the asset management business and in the Private & Commercial Bank by using algorithms to compile a suitable portfolio for their clients. They have utilized robotics and artificial intelligence to automate previously manual processes to minimize errors and lower costs

CB&S Bank (Alabama)has used RPA after purchasing several branches had amassed an additional 20,000 customer accounts and 2,500 loans—all of which needed to be moved into the core banking system. RPA enabled CB&S to load and fund 25 to 40 lines of credit, and close and add addendums to 40 to 50 accounts per week 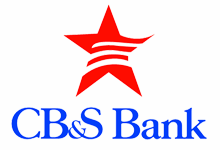 A few Use Cases for RPA

Speed up the process by automatically validating customer data on government websites such as DMV, tax payment, or property-appraisal sites.

RPA makes it easier for banks to adhere to the compliance rules.

Digitizing invoices using Optical Character Recognition (OCR), extracting information, validating it, and then crediting the payment to the vendor’s account after reconciliation of errors & validations.

Speed up the process of dispatching the credit cards in a few hours by gathering documents of the customer, make credit checks and background checks, and take a decision based on set parameters on whether the customer is eligible for a credit card or not.

Accelerate the process based on set rules and algorithms for credit checks, employment verification, and inspection before approval.

RPA uses logical algorithms to identify potential frauds For example, if there are multiple transactions made within a short time, then the RPA flags the account and investigate for fraud.

Banks have now started using RPA to collect customer data, screen it, and validate it. This helps the banks to complete the process in a shorter duration with minimal errors and staff.

RPA can be used for collecting information (financial statements, assets, liabilities, revenue, and expenses) from different system, validating it, and updating in the GL system without any errors.

RPA helps banks in preparing reports with accurate data by gathering information from different sources, validating to ensure that there are no errors.

Some other examples are

With RPA, banks can send automated reminders to the customers asking them to furnish the required proofs. It can also process the account closure requests in the queue based on set rules in a short duration with 100% accuracy. RPA can be programmed to cover exceptional scenarios as well such as closing an account due to failure in KYC compliance.